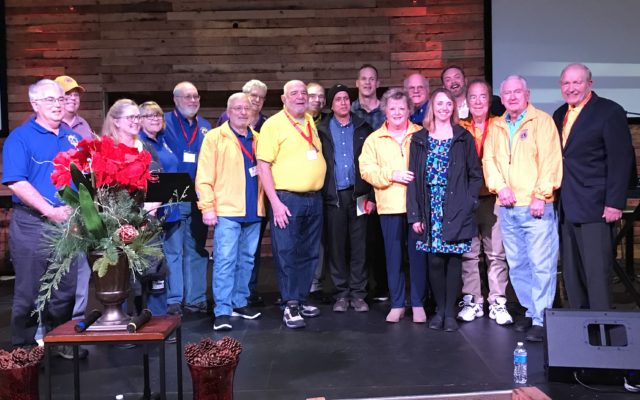 The 16th Annual Salvation Army Kettle Klash was infused with a record setting $35,079.25 at his years event Thursday at Harbor City Church in Aberdeen. Donations from last years event pulled in approximately $24,000 about $10,ooo shy of this years grand total. The Grays Harbor collective of Lions Clubs brought in the most donations, followed by the Forest Products Industry and Aberdeen First Presbyterian Church.  Salvation Army board President Al Waters stated all money raised stays in here in Grays Harbor to support local services, reiterating that only the Salvation Army store and church have closed, but the vital services remain.

This years kettle klash also featured some local star power; 14 year NFL professional football player, Aberdeen High School and University of Washington alum Mark Bruner was the guest speaker. Bruner, spent most of  his NFL career playing for the Pittsburgh Steelers, now is their west coast scout. He reminisced to the capacity crowd about his appreciation for the area, growing up in Aberdeen with great role models and coaches, and cultivating his “no fear” attitude when it came to his playing days.

The Salvation Army Red kettles will be out in the community at local businesses starting the day after Thanksgiving on November 28th.