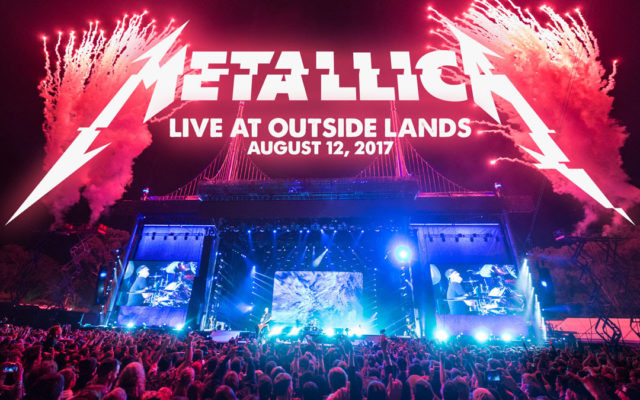 This Monday (4/20) on KDUX is another #MetallicaMonday! Join us in the #KDUXLockdownRockdown for an incredible show from Metallica! 10pm on 104.7 KDUX the Rock of the Coast!

Metallica: Live at Outside Lands – August 12, 2017 was the second time the band has played the San Francisco festival in historic Golden Gate Park. Tonight’s edition of #MetallicaMondays is streaming the complete show in celebration of the park’s 150th birthday! In addition to hits like “Enter Sandman,” “Master of Puppets,” and “Fuel,” the crowd was also treated to “Harvester of Sorrow,” “Welcome Home (Sanitarium),” and “Motorbreath.”

During this stream – and continuing throughout the week – Metallica will also be hosting simultaneous fundraisers benefiting their foundation, All Within My Hands. Earlier this month, All Within My Hands announced its donation of four grants totaling $350,000 to organizations dedicated to assisting those hit hard by the COVID-19 pandemic. The organizations include Feeding America, Direct Relief, Live Nation’s Crew Nation initiative, and the USBG National Charity Foundation’s Bartender Emergency Assistance Program.