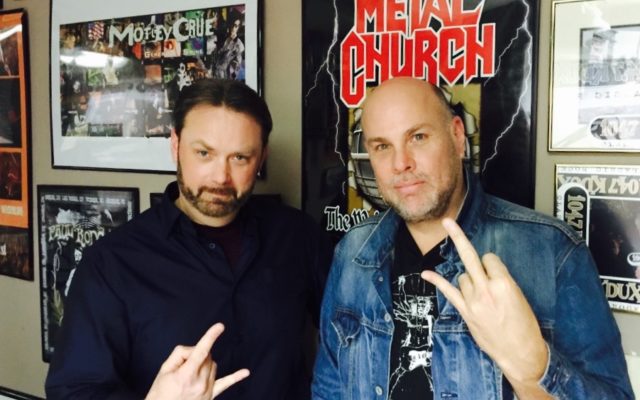 Kurdt Vanderhoof, founder member of the popular west coast metal band Metal Church, says he’s looking for a singer to round out a revived Hall Aflame line-up. Posting on his social media that he’s “firing up” the early 90’s hard rock band and looking for a vocalist. Interested individuals should contact the [email protected] Hall Aflame released their debut album “Guaranteed Forever” on I.R.S. record in 1991 right before the grunge explosion, and because of that, “It was the best album no one heard”, according to KDUX Program Director Pat Anderson. “It’s a great rock record from beginning to end. I’m excited for what they have in store”. Lack of support from the record company, coupled with a changing landscape in musical tastes didn’t due the album justice. Hall Aflame released the record and toured with ZZ Top in late 1991. At this point, Vanderhoof indicates that original members Brian Smith on bass and Tom Weber on drums will be included in the process of recording a second Hall Aflame album. 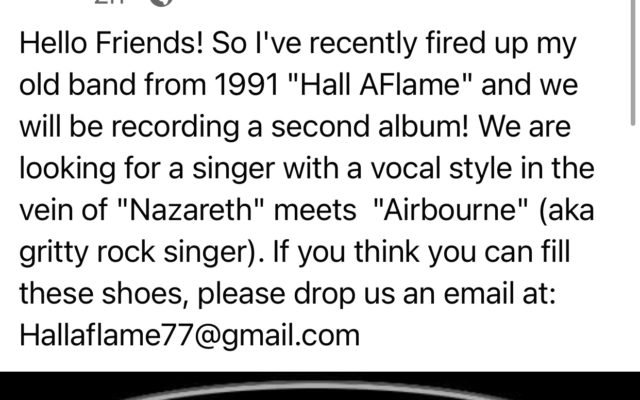 Metal Church have been relatively silent since the death of lead singer Mike Howe in July of 2021. Hall Aflame broke up in 1994.