Black Sabbath and Dio drummer Vinny Appice commemorates the 10th Annivesary of the death of bandmate and friend and of legendary vocalist Ronnie James Dio on the 10th anniversary of his death. Vinny, along with his drummer brother Carmine, produced a video called “Monsters & Heroes” with Artie Dillon -Guitar and vocs, director Jim Crean-vocs, James Caputo-Bass and Lyrics-Paul Shortino.

Vinny replaced original Black Sabbath drummer Bill Ward half way through the “Heaven And Hell” and continued to be the Sabbath-Dio era drummer from that point forward. He left the band with Dio on his solo venture and played on all of the classic Dio albums as well as the reformed Sabbath-Dio era renamed “Heaven And Hell”, as the band was still working with Ozzy in some capacity.

The video is available on the following sites as well: 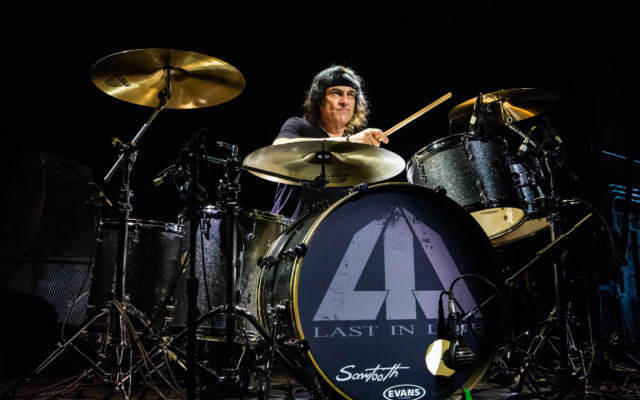