The Hoquiam High School Dram Department presents the musical “Crybaby” which opens with four performances from February 8th-12th at the 7th St. Theatre in Hoquiam.

Tiegre Fiaya, Chaela Watkins, Meira O’Dell and Mason Fitzpatrick joined on us on KDUX to chat about it:

Tiegra gives us the rundown on the new musical”:

On the experiece of cast and crew of “Crybaby”:

The HHS Drama club will be performing the new musical, “Crybaby!” This jumping, jiving Tony nominee is a rebellious teen comedy event! It is based on the cult classic, 1990 John Waters film, Cry-Baby which starred Johnny Depp.

It’s 1954. Everyone likes Ike, nobody likes communism and Wade “Cry-Baby” Walker is the coolest boy in Baltimore. He’s a bad boy with a good cause – truth, justice and the pursuit of rock and roll. Cry-Baby and the square rich girl, Allison, are star-crossed lovers at the center of this world. Allison turns her back on her squeaky clean boyfriend, Baldwin, to become a “drape” (a Baltimore juvenile delinquent) and Cry-Baby’s girl. At the other end of the topsy-turvy moral meritocracy of 1954 America, Baldwin is the king of the squares and leads his close-harmony pals against the juvenile delinquents, who are ultimately arrested for arson, sending the drapes all off to prison.

Crybaby is a fun story, with great songs and dances. The show is directed by Patty Sundstrom, Alex Eddy, and Jessy Parks. Our cast is led by seniors Riley Jackson (Crybaby), Chaela Watkins (Allison), and Tigre Falla (Dupree), and a cast of 45 others!

Check out the 7th Street Theatre for details. 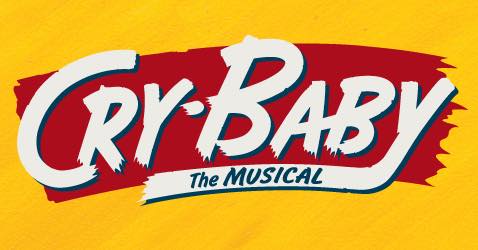 We have a winner!!! $6000 in prizes in the Twelve Months of Christmas Contest!