After Dark
Rock News
Rock On
The KDUX Morning Show 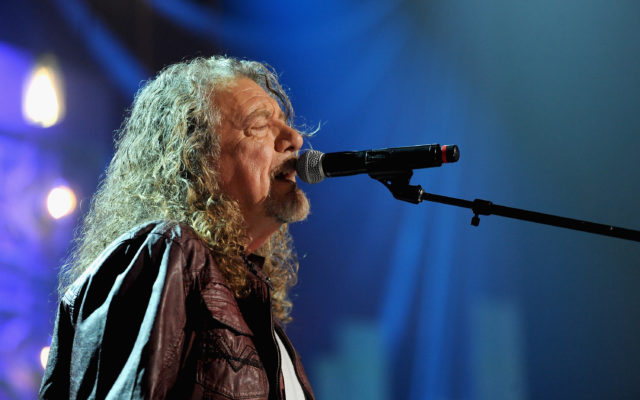 Although Plant has enjoyed a successful solo career since 1982, he will always be best known for his years fronting Led Zeppelin and co-writing the majority of the band’s songs with Jimmy Page. In October 2018, Plant released his latest solo set, Carry Fire, which peaked at Number 14 on the Billboard 200.

Coming on October 2nd is Digging Deep, Plant’s double-disc solo compilation. The 30-track collection ties in with the third season of his critically acclaimed podcast of the same name, and includes three previously unreleased songs. The set features such Plant favorites as “Big Log,” “Heaven Knows,” “In The Mood,” “Ship Of Fools,” “Hurting Kind,” and “Angel Dance,” among others.

Last June 2019, Plant premiered his new podcast, titled Digging Deep. The promo for the new ‘cast featured Plant setting the scene for the show, explaining, “Making records is a very personal experience. I was so deep to get away from that environment, then I was saying, ‘let’s get out of here!’ But then, now and again, down the line, opening up some of the songs and looking back at ’em, I marvel at some of it. The players in the room were out of sight — and they found me to be something that they hadn’t been used to dealing with.”

Out now on DVD and digital video is Robert Plant & The Sensational Space Shifters Live At David Lynch’s Festival Of Disruption. The eight-song performance was captured on October 8th, 2016 at L.A.’s Ace Hotel Theatre as part of David Lynch’s inaugural Festival of Disruption, which raised money for The David Lynch Foundation. In addition to newer solo material, Plant dips into Zeppelin’s back catalogue for updated takes on such classics as “Black Dog,” “Babe, I’m Gonna Leave You,” “Going To California,” and a medley of “Hoochie Coochie Man / Whole Lotta Love / Mona.”

According to reports, Led Zeppelin reportedly turned down $14 million for two reunion performances at 2016’s “Desert Trip” concerts in Indio, California. Showbiz411.com — the site that broke the news on the concerts — spoke to an insider that revealed that not only were all the headliners each receiving $14 million flat for their pair of weekend sets, but that Zeppelin was approached to reunite and once again, Jimmy Page said yes and Plant chose to pass. The source claimed, “Jimmy went crazy. He really wanted to do it.” Also, although all the acts — including the Who, Bob Dylan, Roger Waters, and Neil Young — signed on as favored nations regarding their fee, sources suggest that both McCartney and the Stones snagged more for their respective sets.

Robert Plant has three children with his ex-wife Maureen Wilson — a daughter, Carmen Jane, who went on to marry Plant’s longtime bass player Charlie Jones, and son Logan Romero. The couple’s second child, Karac Pendragon, died at age five in 1977 from a stomach virus. Following Plant’s divorce in 1983, Plant took up with his wife’s sister, Shirley and fathered his youngest child, Jesse Lee.