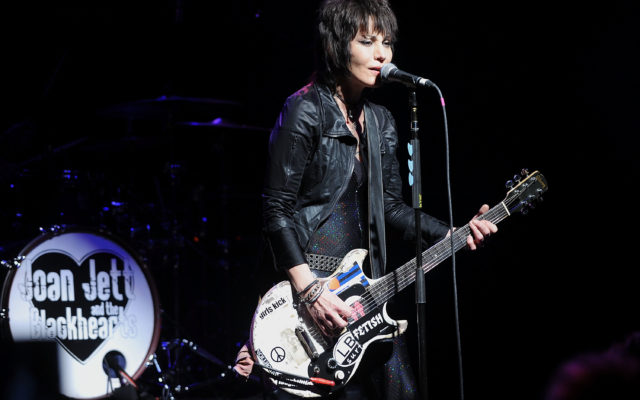 One of our KDUX favorites, Joan Jett celebrates her 62 birthday today!

Out now is the video for Joan Jett‘s new cover of T. Rex‘s 1971 glam rock favorite “Jeepster.” The track is among the tunes featured on the upcoming 26-track Marc Bolan and T. Rex tribute album, AngelHeaded Hipster, coming on September 4th. The in-studio clip shows Jett laying down the track — and liberally toking on a joint.

In addition to U2 and Elton John teaming up to cover Bolan’s signature classic “Bang A Gong (Get It On),” the album also features performances by Todd Rundgren, both Julian and Sean Lennon on separate tracks, Lucinda Williams, Perry Farrell, David Johansen, Maria McKee, and Kesha, among others.

The covers collection serves as a tie-in with T. Rex’s long-awaited induction this year into the Rock and Roll Hall of Fame, and the upcoming T. Rex documentary — Children Of The Revolution. Both the tribute set and film have been produced by BMG, in collaboration with the Who‘s manager Bill Curbishley‘s Trinifold company.