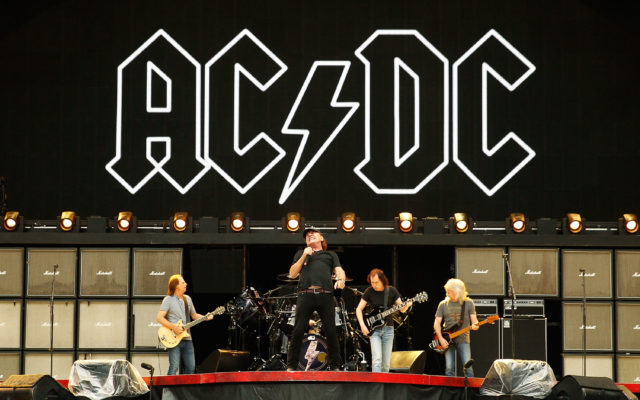 SYDNEY, AUSTRALIA - NOVEMBER 03: AC/DC perform on stage during a media call ahead of their 'Rock or Bust' world tour at ANZ Stadium on November 3, 2015 in Sydney, Australia. (Photo by Brendon Thorne/Getty Images)

Probably the worst kept secret in the rock industry is that AC/DC are up to something… but what!? After being spotted in a Vancouver recording studio, the same one where the recorded their albums “Black Ice” and “Rock Or Bust”, there is speculation that the band is working on a a new album and possibly a tour. Photographed at the studio were Brian Johnson, Angus Young, Cliff Williams, Phil Rudd and Stevie Young, who filled in for his late Uncle Malcom Young on the Rock Or Bust album and tour. The bands longtime producer Mike Fraser has publicly stated that the band is “doing something”. It’s believed that a new album would feature music that the band recorded with Malcom Young before his death and would serve as a tribute in his honor. Recently KDUX saw on Twitter that Eddie Truck stated that he is hearing that media outlets are being approached with some AC/DC related marketing. Stay tuned!